Perth DnB fans are in for a juicy treat as Bass Camp announces it’s second round of artist lineup on Friday this week.

The inaugural Bass Camp festival is hitting the West Australian coast over the Australia Day long weekend in January 2020, at the Woodman Point Recreation Camp.  Usually the venue for school camps and corporate retreats, Woodman Point will be transformed into a summer camp for adults featuring a bass-heavy lineup over three days and two nights.

Bass Camp organisers say that the next lineup announcement will be music to the ears of drum and bass fans in Perth, and will make the perfect soundtrack for a long weekend by the beach. The first round of artists announced for Bass Camp include UK breaks master A Skillz, Perth hiphop legends Fdel and Macshane, plus a mix of bass genres, including a drum and bass influence from local artists Wyn, Vishnu, Elkymbo and Bassfiend.

“The next announcement is big, and it’s international!”

Also announced this week is the Glamp Camp Comp, giving Perth fans a chance to win 2 x tickets to Bass Camp 2020, and a glamping accommodation package over the long weekend. For a Facebook or Instagram follow, tag and share you can score the best prize this summer has to offer.  Read more here. 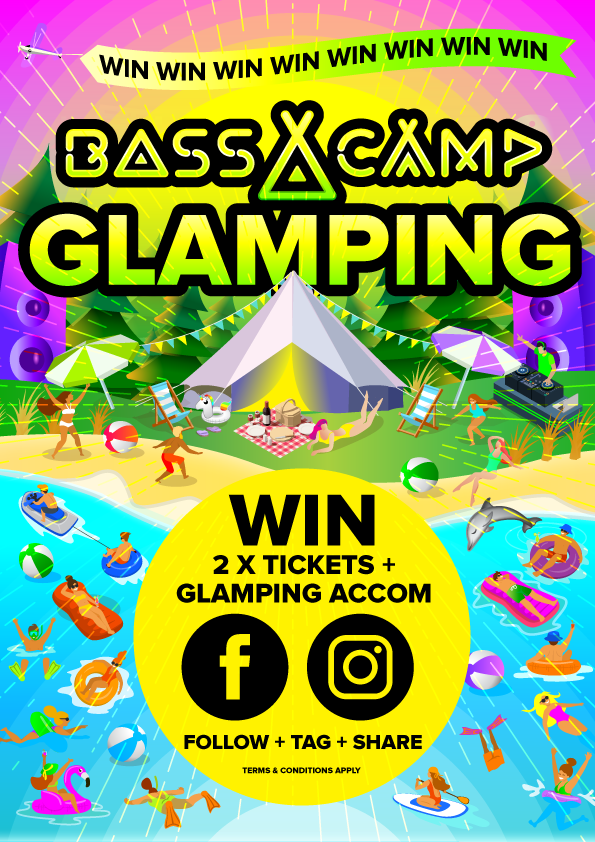 How to Camp at Bass Camp

Our fearless camp crew and volunteers