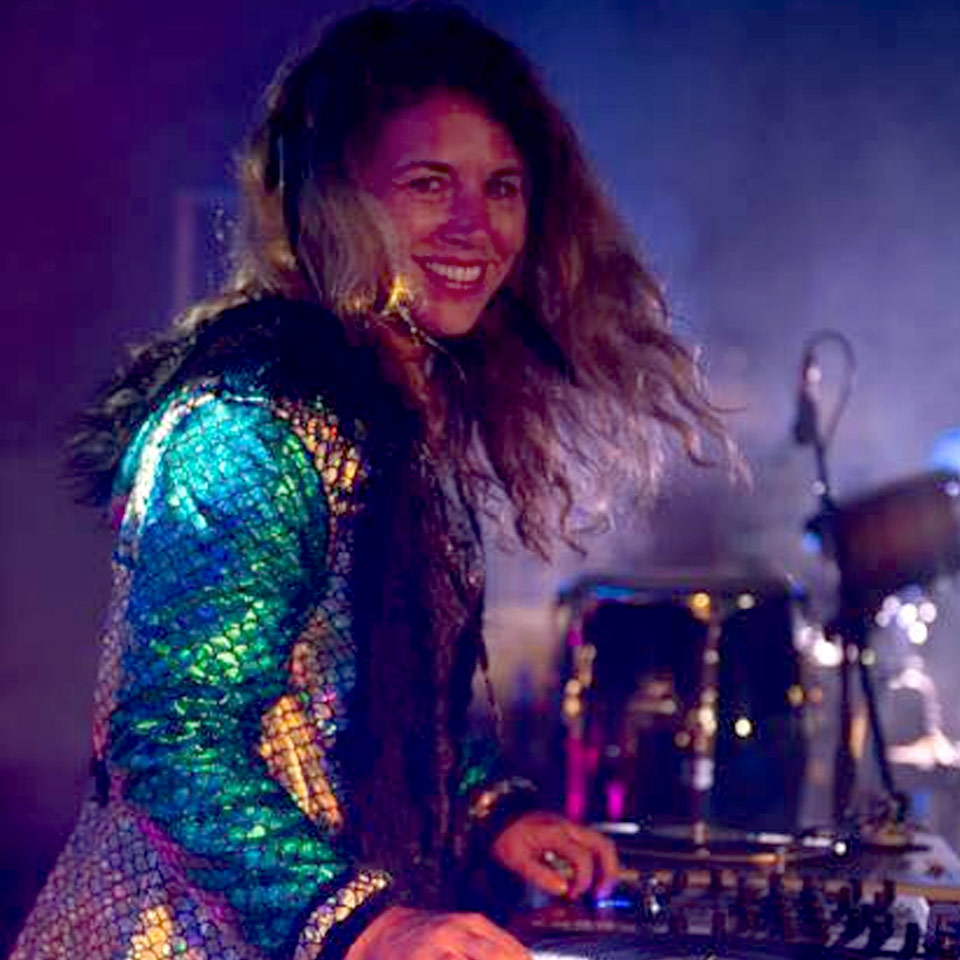 Inspired by 90s hip hop classics she emerged from the cave bar as Mama Tiger through the early naughties supporting local hip hop and break beat artists. Soon titillated by the rise of the funk club, her taste developed into a more worldly style. From Afro funk to bangin breaks the mission has always been to get the booties a’ shaking.

Most recently indulging the Blazing Swan movement her wheels of steel have been making sparks in the debaucherous Kamp Koasis. Also a regular groover on the Freo party circuit she loves scratching and grinding the vinyl. Being one of the few “real Dj’s” left out there, there really is nothing like living the Vida Loca.